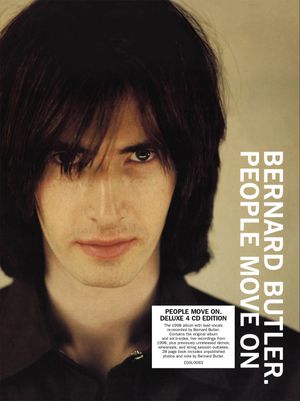 CD3 All original b-sides, AND the b-sides re-vocalled, remastered

Unseen photographs from his personal archive

--- ALL COMPILED PERSONALLY BY BERNARD BUTLER ---

To celebrate, Bernard will be LIVE and in-conversation/signing at London's Rough Trade Shop on 28/1/22.
Limited tickets are available FREE to those who pre-order from Rough Trade